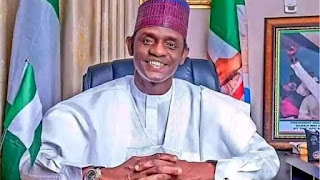 The tenure of the caretaker/extraordinary national convention planning committee of the All Progressives Congress (APC) has been extended by six months.

The tenure extension was announced following a meeting of the APC national executive council (NEC) held on Tuesday in Abuja.

The APC NEC has also approved the expulsion of Hilliard Eta, former national vice-chairman of the party in the south-south, over his failure to withdraw a court case instituted against the caretaker committee led by Mai Mala Buni, governor of Yobe state.

The APC NEC also dissolved all party structures at state and zonal levels.

Nasir el-Rufai briefed state house correspondents on the development after the meeting.