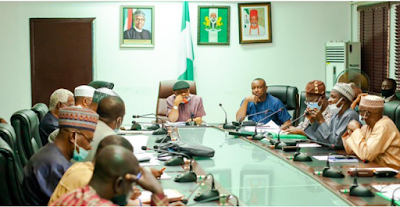 The Federal Government has again assured that the prolonged strike by the Academic Staff Union of Universities would soon come to an end.

The assurances followed the payment of part of the arrears of salaries to the university lecturers in line with the agreement reached with the union.

Some lecturers confirmed that they had been paid two months’ salary arrears.

Speaking at the meeting with ASUU on Tuesday, the Minister of Labour and Employment, Senator Chris Ngige, assured that the strike would be called off before January 15.

Referring to an ultimatum issued by some students, the minister said the industrial action would be resolved before January 15, noting, however, that he had not received a letter from the students threatening to embark on protests if the strike was not called off.

Ngige said, “The government would disappoint all those wishing for the protests as all the matters in dispute must have been resolved by January 15.

“Those who want to use the #EndASUU protest to destroy public and private property or lecturers’ homes will be disappointed.

“I am optimistic that the meeting will produce the final result that will make everybody happy,” Ngige said.

Expressing optimism about the meeting, the minister informed ASUU that he had received confirmation from the FG that most of the grey areas had been dealt with.

“We are hopeful that ASUU will then take the report of what we achieved today to their members. We allow social dialogue in line with ILO conventions for all employers and employee, to guide this meeting,” he stated.

The ASUU President, Prof Biodun Ogunyemi, said they sympathised with their students who are also their children, adding that “no amount of sacrifice would be too much to get the matter resolved as long as the government is consistent with its commitments”.

Ogunyemi said they came for the meeting with all sense of responsibility to resolve the crisis in the interest of the students and their members, who, he said had been starving.

He, however, reiterated that only the National Executive Committee of ASUU could announce the suspension of the strike.