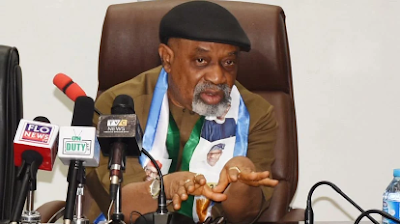 The Nigerian government has warned against attempting to destroy the properties of lecturers following the prolonged strike by the Academic Staff Union of Universities, ASUU.

Chris Ngige, Minister of Labour, Employment and Productivity said those planning to use the EndASUU protest to destroy public and private properties would be disappointed.

He spoke yesterday in Abuja at the resumed negotiations between representatives of ASUU and the Federal Government.

Ngige said: “Those who want to use the #EndASUU protest to destroy public and private property or lecturers’ homes will be disappointed.

“I am optimistic that the meeting will produce the final result that will make everybody happy.”

ASUU has been on strike for about nine months over government’s alleged refusal to honour some agreements reached with the union.

However, the Nigerian government had recently agreed to pay N75billion for the revitalisation of universities and the payment of Earned Academic Allowances to ASUU.

Ngige had disclosed this in November after a meeting between ASUU and government representatives.