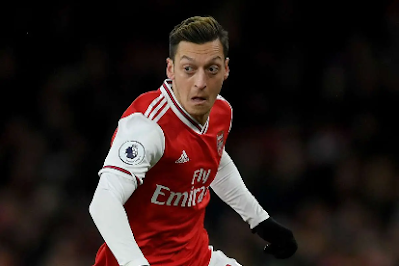 Arsenal midfielder, Mesut Ozil, has held talks over a move to Fenerbahce which would see him take a pay cut of around £200,000-a-week, BILD reports.

Ozil has not featured for the Gunners since March.

Mikel Arteta also left him out of the squads for both the Premier League and Europa League this season.

It is now understood that Ozil has been involved in covert talks with the Turkish giants in London over a deal in the region of £150,000-a-week.

It represents a huge drop from his current £350,000-a-week wages at the Emirates.

But any move is unlikely to take place when the transfer window opens next month, instead happening in the summer.