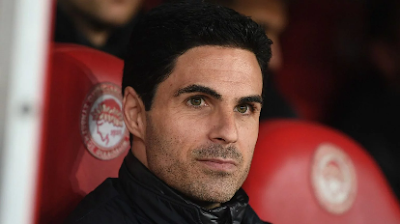 The Gunners are down in 15th position in the Premier League table with only one win in their last five league games.

It has led to some asking questions as to whether the Spaniard is the right man to rebuild the north London club.

But chief executive, Vinai Venkatesham, believes they have found the right man for the job ahead of their clash with Burnley this weekend.

“With Mikel we have got a number of things,” Venkatesham told The Times.

“You’ve got an individual who has extraordinary experience in the Premier League across his time at Arsenal, Everton, Man City and then back at Arsenal.

“You have got a guy that loves this club and understands what it means to play for this club, and he was obviously captain here. You’ve got a guy who is a real team player.

“The team he’s formed with Edu [the technical director], and also his technical staff, is really, really strong.

“You’ve got a guy who is absolutely driven to succeed and be successful on the pitch, but doing it in a way that respects our history and traditions.

“So I think with him we have got a really, really powerful individual.”