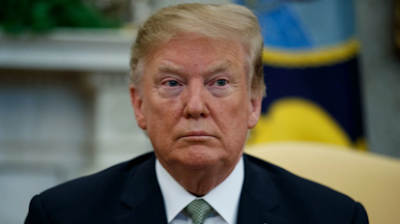 A former Israeli space security chief, Haim Eshed, has alleged the existence of a ‘Galactic Federation’ and accused the President of the United States, Donald Trump of being aware of the fact.

There have been debates about the existence of security aliens.

Eshed, 87, claimed that America and Israel have been dealing with the ‘aliens’ for years.

He further disclosed that agreements were made between the ‘aliens’ and the U.S.

Eshed said this was because the parties wished to research and understand “the fabric of the universe”.

“The cooperation includes a secret underground base on Mars, where there are American and ‘alien’ representatives,” Israeli media outlet, Yediot Aharonot quoted him as saying.