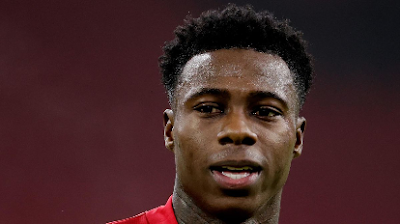 Ajax football star, Quincy Promnes has been arrested for stabbing a relative during a family party in the Netherlands.

De Telegraaf reports that the 28-year-old Dutch footballer was arrested by police on Sunday over the incident which occurred in late July.

According to the report, the victim who is also a family member, was left with serious injuries after a fierce argument ensued between them at a family party at a warehouse in Abcoude, outside Amsterdam.

Confirming his arrest, the police spokesperson Jelmer Geerds said the 28-year-old was arrested after some investigations were carried out in the case.

“We only heard about the incident a month ago.

“An investigation was then started and this morning led to an arrest.

“The crime of “assault resulting in serious physical injury” carries a maximum jail sentence of four years if the defendant is found guilty,” Geerds said.

Promes, joined Ajax from Sevilla last year in a £14million deal after he played for Twente, Go Ahead Eagles, and Spartak Moscow.