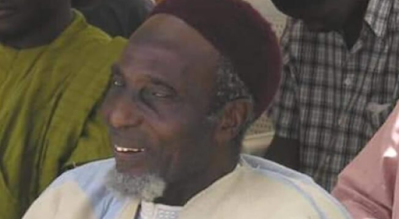 Ahmed Lemu, a retired justice and Islamic scholar, is dead.

Lemu, 91, died in the early hours of Thursday morning in Minna, Niger state.

“It is with sadness and reverence to Allah that we announce the passing away of our father, Dr Justice Sheikh Ahmed Lemu OFR, in the early hours of this morning in Minna. Burial arrangements to be announced later.

Lemu was the chairman of the committee constituted by ex-President Goodluck Jonathan in 2011 to review the violence that occurred in Nigeria’s past elections.

He is one of the two Nigerians who have won the King Faisal International Award presented to him in 2014.

He was a Sharia judge at the court of appeals in Sokoto and Niger between 1976 and 1977.

Lemu then became a chief Sharia judge at the court of appeals in Niger between 1976 and 1991.