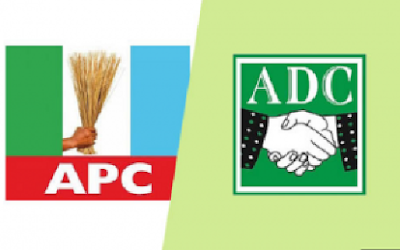 The African Democratic Congress (ADC) in Adamawa State hinted on Sunday that the assurance of fairness in the All Progressives Congress (APC) would be a major condition for agreeing to a merger being propounded by the APC.

Abdulazeez Nyako who was the Adamawa Central senator under the APC between 2015 and 2019, had pulled out of the APC into the ADC to fly ADC’s governorship ticket in 2019 after he failed to get accommodation for his quest under the APC allegedly due to unfair treatment.

Abdulazeez Nyako who said the ADC was consulting with its stakeholders on a decision concerning the merger proposal with the APC, stressed that the APC would do the process a lot of good by designing a mechanism that would make everyone feel at home in APC.

Earlier during his speech at the ADC state secretariat in Yola, the former chairman of Economic and Financial Crimes Commission (EFCC) Nuhu Ribadu, said the APC had already resolved to do everything possible to accommodate everyone fairly as it has had enough losses due to disunity.

“Enough is enough of politicians feeding fat on internal wranglings in the APC in Adamawa State,” Ribadu said.

Recalling that members of the ADC were members of APC before they left for ADC following a conflict in APC, Nuhu Ribadu urged the ADC members to accept to return home.