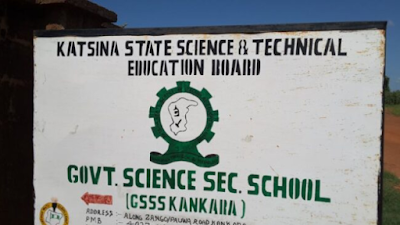 Security sources confirmed to TheCable on Saturday evening that 345 students have not been accounted for.

The gunmen had invaded the school on Friday night, shooting into the air to scare away people in the area.

The school is said to have a population of around 800 students, and according to the police, when the gunmen attacked, some of the students scaled the fence to escape.

A security officer who was manning the school premises was also shot.

As of Saturday morning, the police said around 200 students had been found.

Isah Gambo, spokesman of the Katsina police command, had earlier said a search was ongoing for the missing students.

Meanwhile, President Muhammadu Buhari, in a statement signed by Garba Shehu, his spokesman, condemned the attack and described the gunmen as “cowards”.

“I strongly condemn the cowardly bandits’ attack on innocent children at the Science School, Kankara. Our prayers are with the families of the students, the school authorities and the injured,” the president was quoted to have said.

Shehu also noted that the bandits have been located at Zango/Paula forest in Kankara and there has been exchange of fire with security forces to apprehend them.

“In the latest briefing received by the president from governor Aminu Bello Masari, with whom he has been in touch, and the army chief of staff, General Tukur Buratai, the military, supported by air power has located the bandits’ enclave at Zango/Paula forest in Kankara and there have been exchange of fire in an ongoing operation,” the statement read.

The president also urged the school authorities to carry out an audit of the population of the students, and called on parents to notify the school if their children are with them.

Buhari also directed the “reinforcement of security of all schools in line with the safe schools policy of the administration”.