2023: I still have a role to play in politics, says Jimi Agbaje 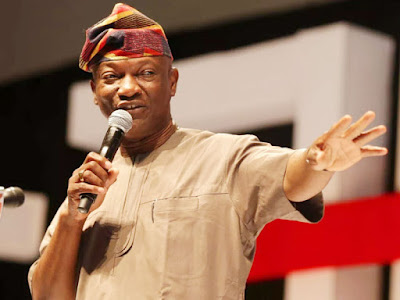 The candidate of the Peoples Democratic Party in the 2015 and 2019 Lagos State Governorship Elections, Jimi Agbaje, says he still has a role to play in the politics of the state and the country come 2023.

Agbaje, who was defeated in the last two elections by former Governor Akinwunmi Ambode and incumbent Governor Babajide Sanwo-Olu – both of the All Progressives Congress, however, said his running for office “is not at all cost”.

The politician and pharmacist spoke on Tuesday, noting that time and event would tell whether or not he would be re-contesting the governorship seat of Lagos State.

“I remain in politics. My running for office is not at all cost. What role I will play is still very unclear but I believe I have a role to play in the politics of our country and of Lagos State,” Agbaje said while featuring on Arise TV’s The Morning Show.

Agbaje also said the PDP must get its home in order to have a successful outing in future elections.

“In what capacity, I believe time and event will tell. But I won’t stand here and tell you Jimi Agbaje is running for governor because it is not even on the table. But in any case, you’ve got to get the party in proper shape to be able to run an election and I’m not sure the party is in the right shape now,” he added.