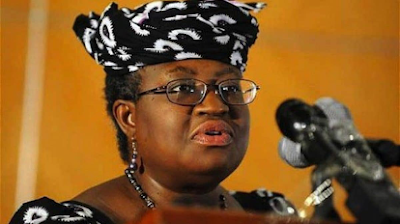 The former World Bank Managing Director is close to emerging as the new Director-General of the World Trade Organisation (WTO).

The finance expert has been endorsed by majority of the body’s 164 member countries.

A final decision will be announced on November 9.

NCWS President, Laraba Shoda, in a statement on Monday, expressed hope that Okonjo-Iweala will win the race.

“Our prayer is that come Nov. 9, Okonjo-Iweala will be declared the consensus director-general of the WTO. This will make her the first African and the first woman to occupy the position.”

Shoda called the GAVI Board Chairman, “a shining light and a beam of hope to Nigerian women, African women and to women all around the globe.’’