Why we dragged FG, ASUU to court over strike – Law students reveal 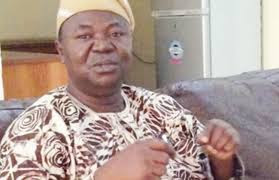 The Nigerian Law students have opened up on why they sued the Academic Staff Union of Universities and relevant ministries representing the Federal Government for the persistent strike which has led to the shutdown of various public universities since March 2020.

The students through the National President of the Law Students Association of Nigeria, Blessing Agbomhere, sought an award of N10bn as compensation for the violation of their rights to education for the period of about nine months that their public institutions of learning had been shut down.

The suit marked FHC/ABJ/CS/1551/2012 was filed at the Federal High Court in Abuja on Friday.

Agbomhere, a final year Law student at Baze University, who is the sole petitioner, said he was mandated by a resolution of the Senate of LAWSAN to institute the suit in a representative capacity.

Joined as defendants are ASUU, ASUU President, Prof. Biodun Ogunyemi, the Minister of Education, the Minister of Labour and Employment, the Attorney General of Federation   and the Federal Government of Nigeria.

Agbomhere, through his lawyer, Luqman Momodu, urged the court to, among others, declare that he is representing other students of his association, was entitled to right to education by virtue of Section 18(1), (2) and (3) of the Nigerian Constitution and Article 17(1) of the African Charter on Human and Peoples Right (Ratification and Enforcement) Act Cap, A9 LFN, 2004.

He also asked the court to, in affirming his right to education, declare that the 3rd – 6th defendants (the ministers and the Federal Government) “are under obligation to create the necessary, supportive and conducive environment to ensure that the plaintiff enjoys a crisis free, peaceful and uninterrupted learning for the purpose of the promotion, enhancement and enjoyment of the plaintiff’s right to education.”

He also sought a declaration that “the indefinite strike action embarked upon by the 1st and 2nd defendants (ASUU and its President) since March 2020 leading to the closure of government owned universities which has detrimentally and negatively impacted on plaintiff’s learning and the smooth operation of academic calendar of universities is a brazen infraction of the plaintiff’s right to education”.

While he sought an order of perpetual injunction restraining ASUU “from further declaring or embarking on indefinite and incessant strike actions which might ultimately interfere, alter, derogate and undermine the Plaintiff’s right to education”, he also sought an order directing “3rd – 6th defendants to re-open government-owned universities forthwith and to honour their contractual agreements with the 1st and 2nd defendants in the overall interest of the plaintiff”.