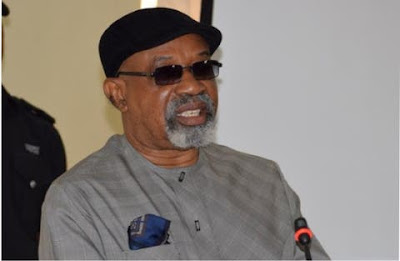 The Minister of Labour and Employment, Dr Chris Ngige, has expressed optimism that the prolonged strike action embarked upon by the Academic Staff Union of Universities will be resolved by next week when the Federal Government team meets the union leaders again.

He, however, said if the matter was not resolved by then, he would explore the provisions in the labour law and other channels.

Government had previously appealed to the union to call off the strike.

The union had on March 24 2020 embarked on an indefinite strike over the failure of the Federal Government to keep to the 2019 Memorandum of Action between them as well as the lingering disagreement over the Integrated Personnel and Payroll Information System that ASUU rejected.

Speaking on Politics Today on Channels Television on Friday, the minister said the government had met six of the union’s nine demands and that they would meet again next week with the hope of ending the prolonged strike.

He stated, “Even if countries go to war, at the end of the day they come to the negotiation table. I’m inviting them (ASUU) next week. We are doing side meetings on our part and we are collating everything. I’m collating responses from the Accountant General of the Federation’s Office and everybody who has something to do with this matter.

When asked if it meant that the lecturers may not return to the classrooms in the next one or two weeks, he said, “I’m not looking at that (long) period. I’m an optimist on this matter. By next week, we will conclude this matter. There are so many options left. We have the labour laws and I have options left to me in the labour laws. I have other channels.”

The minister, who said his children had also been at home as a result of the strike, explained that government had agreed to give the University Transparency Academic Solution, the payment platform proposed by ASUU, a trial. He however said the feedback he got from the National Information Technology Development Agency, the agency mandated to follow-up the trial with ASUU, showed they had just concluded the first phase and that the second phase to assess the functional requirement of UTAS had not been done.

He added, “UTAS has yet to be ready but government will not discourage them. And we have told them there is no need using the same old method of strike to make demands since such had been deployed since 2017.”

On the revitalisation fund, he said government had agreed to release N30bn out of the N40bn demanded by the union as the payment for November 2019 and September 2020, adding that the remaining N10bn would be staggered.

“A committee that looked into the Needs Assessment of universities held a workshop on how funds could be generated came up with the recommendation that other things could be done to raise funds, because revitalisation cannot be done through the budget, especially when the country is running a deficit budget,” Ngige added.