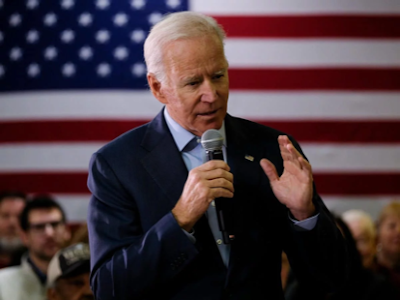 US President-elect, Joe Biden, is forging ahead with his transition despite Donald Trump’s refusal to acknowledge defeat.

He has now named Ron Klain, a seasoned Democratic operative, as Chief of Staff in his first public White House personnel choice.

Biden tapped longtime aide Klain, who previously served as his first chief of staff when he was vice president.

“His deep, varied experience and capacity to work with people all across the political spectrum is precisely what I need in a White House chief of staff as we confront this moment of crisis and bring our country together again,” Biden said.

He confirmed the appointment after visiting the Korean War Memorial in Philadelphia earlier on Wednesday, for a solemn wreath-laying ceremony to mark Veterans Day in the US.

This comes amid reports that President Donald Trump has blocked government officials from cooperating with Biden’s team in preparation for a transition.