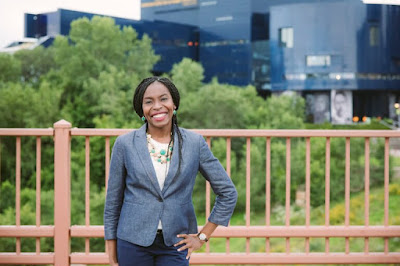 A 35-year-old Nigerian-American, Esther Agbaje, has won the Minnesota House of Representatives ticket in the 2020 United States election.

Agbaje defeated her closest rival, Alan Shilepsky, by a landslide.

Shilepsky, a nominee for the Republican Party, scored 4,128 votes, representing 17.7 per cent of the total votes cast. 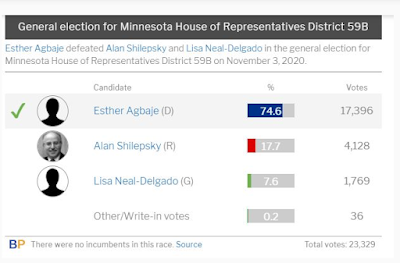 Agbaje confirmed that she would be representing District 59B in the Minnesota House of Representatives on the platform of the Minnesota Democratic–Farmer–Labor Party (DFLP), an affiliate of the U.S. Democratic Party, on her website.

The 35-year-old daughter of an Episcopal priest and a librarian, both Nigerian immigrants, defeated longtime state Representative Raymond Dehn in the party’s primary in August.

She is one of four progressive greenhorns who defeated established Democratic legislators in the primary.

Agbaje has a law degree from Harvard University, a Master’s from the University of Pennsylvania, and has served in the U.S. Department of State, among others.

Earlier, Nigerian-American, Oye Owolewa, was elected as a shadow member of the United States House of Representatives from the District of Columbia.

According to election results on the website of the District of Columbia Board of Elections on Wednesday morning, Owolewa polled 81.59 per cent of the votes, which represents 164,026 votes against Joyce Robinson-Paul, who scored 18,600 votes, and Sohaer Syed with 15,372 votes.