TRENDING VIDEO: ‘Nigerian cultists are fools… they’re only after their brothers not government’ 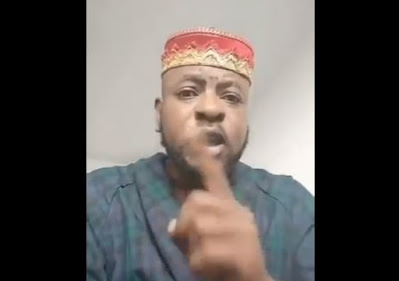 A Nigerian man has poured out his annoyance at the ongoing cult-related killings in Benin, Edo state.

As of Monday, no fewer than 30 people were said to have been dead in cult-related killings in the state within the past week.

The killings, mostly linked to clashes between rival vikings and aye confraternities, have heightened the fears of residents in different parts of Benin.

Reacting to the development, the man, in a now-viral video, said it was unfortunate that cultism has continued to claim lives and properties in Edo and across Nigeria.

He described Nigerian cultists as “fools” who only go after their own “brothers” perceived as opponents but cannot unite to demand their rights from the government.

He attributed the development to poverty and illiteracy, maintaining that there are several prominent figures in the society who are cultists but would not indulge in such killings.

“If you’re a cultist and you’re killing your own brother, you don’t have sense. You join cult groups just to kill each other and innocent people rather than use your unity to demand your rights from the government,” he said in a mixture of Pidgin and English.

“Do you know highly-placed people who are cultists? Can Davido or Wizkid kill someone? Is 2Baba not a cultist, can he kill someone because of that? It is usually all these poor people.

“Which day have you gathered to discuss how to meet the federal or state government to demand what would benefit the people from them. Take a look at Niger Delta militants, they are cultists but they don’t kill anyhow. They’re not these local boys in Benin that call themselves cultists.

“Na poverty dey worry you, if you don make money, you’ll know that to come out and declare yourself a cultist, shame won’t allow you do that. It’s a stain to your name.”

The man also called on relevant authorities to address the incessant cult-related killings in Edo state which he said often occur over irrelevant issues.