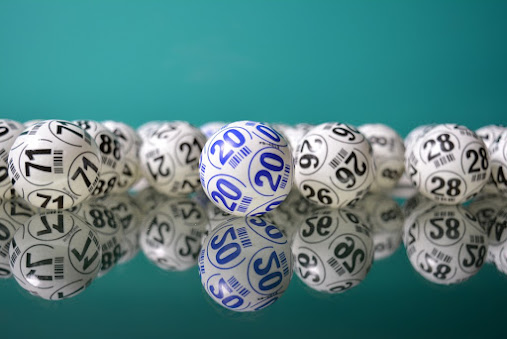 Lottery (also called lotto for short) is a game that has gotten wide acceptance across the world. Since its origin, it continues to grow every year with more people playing the lottery. Lottery has a complex history. It's hard to pinpoint the origin of lottery.

History of the lottery

It has been proven that lottery has been in existence as far back as the classical ages. Some slips were discovered in China which dated to around 205 – 187 B.C during the old Han dynasty. In Europe, records show that the Roman Empire then held lotteries at many events including state functions. One record shows that Emperor Augustus organized the sale of lotto tickets.

Lottery then experienced more rise in the 15th century as cities in what is now the modern-day Netherlands used it to raise funds for social amenities. The word "Lottery" was gotten from the Dutch word "lot" which means fate. This is the main reason why some people claim that lotto has its roots in the ancient Netherlands. Other countries and regions have discovered the usefulness of lotteries, adopted it, and made it popular. Classical examples are the “Loterie Royal” which was established by the edict of King Francis I of France. England was not left out as Queen Elizabeth I chartered the Lottery in England in the year 1566. Lotteries came to the United States through the Virginia Company of London that was granted permission by King James I. Since then, many other lotto businesses sprang up here and there. It’s even on record Benjamin Franklin used Lottery to raise money to buy canons to defend Philadelphia. Ever since then, the acceptance of Lotteries (or lotto) has constantly been on the rise.

In modern times, many countries that were initially against lottery and either placed a ban or outlawed them, have now not just approved lotteries but are also partakers in it. In many countries these days, the government gives the Lottery companies and agencies a level playing ground to operate and all the government does is to supervise and regulate their activities through a central lottery board or commission under a commissioner who must have gathered experience in the field. The lotto field is now a very competitive one as many government establishments now battle those of the private sector for more customers. The governments of many countries have now come to realize how much they can make from lottery both directly and indirectly through taxes, ticket sales, etc.

One thing that is worthy of note about the growth of the Lottery is the increase in its acceptance over the years. A recent study shows the number of people that playing the lotto globally has increased by about 35% in the last five years and is expected to surpass this in the next five years. This shows that the number of  lotto players is increasing daily and that trend might continue even unto the unforeseeable future. This is not unsurprising considering the place Lottery was some 100 years ago. Technology has also been incorporated into lotto and it has aided its growth tremendously. Humans as we all know are intelligent beings and don’t go about promoting fruitless ventures.

For the lottery to be growing at this rate there must be some things that these people might have seen, experience, or gained from the lottery that is making them continue playing the game. Let it also be noted that Lottery has received condemnation and bias from some quarters but it seems that the number of people against it is rushing to join the winning team. What are those things that bring people to the lottery? Why do people always play the lottery? Hope is one major reason. Hope is central to all other reasons why people play lotto. There are many others but let’s look at some of them:

1. LOTTERY OFFERS A WAY OUT OF POVERTY

This is one very important reason why many people have turned to the lottery and yes, the lives of many have been transformed by it. You don’t spend much when buying a lotto ticket so there is not much to lose but there is a lot to gain if the numbers you chose turns out to be the winning numbers.

In Nigeria, you could purchase lottery tickets for as low as one hundred Nigerian Naira (100 Naira) which is less than a dollar, and win big time. People have experienced a turnaround in their lives and through the help of lotteries. Just one win from the lottery and that becomes a thing of the past. Anyone with a lottery ticket stands a good chance of winning. The lottery is one-way people can get out of poverty and that is why many people keep playing the lottery.

If you want to play the lottery in Nigeria? Check all the details about Lotto Nigeria and play online.

It is not out of place to see many young people with unfulfilled dreams and aspirations. Although they have great potentials and a strong will, the financial capacity to pull through isn’t readily available. Lots of wise people have turned to the lottery and many have not been disappointed. They have won some substantial sum of money that empowered them to achieve their dreams. Many have gone into business, furthered their academics, got married, and sponsored themselves, children or siblings on one venture or another amongst other things through the help of lotteries like Lotto Nigeria. Others on seeing these have little or no option than to play the lottery. This also is a reason why people play the lotto games.

There have been times when some unforeseen, unplanned, and unbudgeted expenses can come up without prior notice. The proceeds obtained can go on to solve these issues. This is another major reason why some people play the lottery always. Without lottery, so many people might be stranded as some might not have where to borrow from while others may not be creditworthy. The lottery doesn't discriminate. Whoever wins takes his/her winnings home without a look into such a person's financial records.

4. LOTTERY SERVES AS AN EXTRA SOURCE OF INCOME

The need to get another source of income apart from one’s salaries and wages is very important and shouldn’t be pushed aside. Some people complain that their income is not enough for themselves and their families. Playing the lottery has helped many foot those bills as an extra source of income. People now go into lottery in droves after seeing the need to create an extra stream of income. Lottery is the last resort for many families.

The harsh economic realities of many countries in the world including Nigeria make it hard for people to break free from the claws of poverty and hardship. But don't worry – the lottery is here to change the narrative. If you want to change something in your life – play lotto and always believe in your luck! Maybe tomorrow you will wake up as a lotto millionaire?