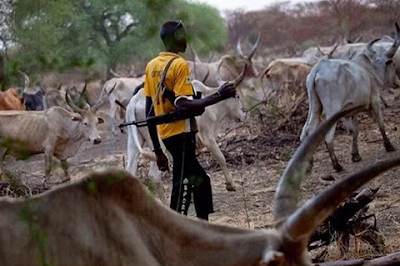 No fewer than three persons were injured in a bloody clash between farmers and herders at Iddo, a community in the Federal Capital Territory, Abuja, on Monday.

Many thatched houses were also set ablaze when locals resisted the Fulani herdsmen who allegedly grazed livestock on their farms.

Confirming the incident, the FCT police spokesperson, ASP Mariam Yusuf, said operatives had restored calm, adding that the Commissioner of Police, Ali Ciroma had also held peace talks with the community leaders to forestall a recurrence of the violence.

It stated, “The FCT Police Command has successfully restored calm along Iddo axis, following a farmers-herders clash that broke out between locals residing in a settlement within Iddo on Monday.

“The unfortunate clash left three persons with various degrees of injuries while some thatched houses were set ablaze within the area. The Commissioner of Police FCT, Bala Ciroma has ordered a discreet investigation into the incident.”

Meanwhile, the Nigeria Labour Congress has condemned the reported killing of some commuters on Sunday at Gidan Busa, close to the end of the Abuja – Kaduna expressway by suspected kidnappers.

Scores of people were also said to have been wounded while many were abducted by the hoodlums who allegedly intercepted and attacked over 20 vehicles.

The congress in a statement by its president, Ayuba Wabba, described the attack as one too many, and the most horrific, stressing that it represented the height of impunity and lawlessness.

The statement titled, ‘Halt the highway massacre,’ read in part, “We are afraid to state that our security agents have not done enough to contain the surge of violence on that road.

“In the past couple of weeks alone, we have recorded multiple attacks in and around the same spot qualifying it to be designated a dark spot. We also need more intelligence as reaction almost always comes after damage has been done.

“We do need mobile recce on a sustainable basis instead of the present ad-hoc arrangement. Last but not the least, what has happened to the highway safe houses of yore?”

The union further called on the security agents to rise to the renewed challenges of internal security.