Those against restructuring not speaking for North — El-Rufai 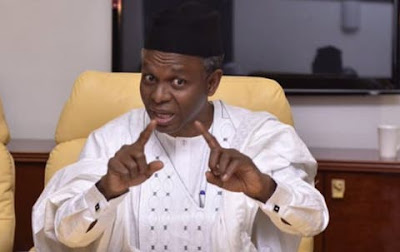 Northerners kicking against calls for the restructuring of Nigeria are not speaking for the North, the Governor of Kaduna State, Nasir El-Rufai, has said.

He said the committee that produced the draft bill on restructuring had to step it down to prevent the bill from being politicised.

The draft bill was submitted to the Federal Government in January 2018 by the El-Rufai-led committee.

Speaking in Abuja on Tuesday during a session at the 26th National Economic Summit, the governor stated that efforts were being made to transmit the draft bill to the National Assembly for consideration.

Despite opposition by some persons against the move to restructure Nigeria, El-Rufai insisted that the position of most members of the ruling All Progressives Congress was that the bill be passed into law based on its diverse benefits to the country.

He regretted that some northerners were opposed to restructuring, stressing that they were being selfish in their dispositions.

According to the governor, Nigerians should understand the difference between the position of some northerners and the North as a region.

“As the Governor of Kaduna State, I have had to look at these issues and try to see how I can get the people of my state up on the ladder. I think you need to differentiate the knowledge from a few and the voice of the silent majority.”

He added, “If there are northern leaders today, by virtue of the fact that I am a governor, I must be there. So, who are these northerners against restructuring? Who are they? Who are they speaking for?

“Let us have a very honest, unemotional conversation without looking down on people or insulting them or framing them.”