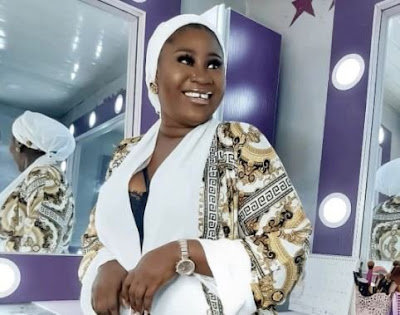 Yetunde Bakare, a Nigerian actress, has threatened to expose some men who she said keep sending her unclad in one-on-one conversations.

The Yoruba movie star took to her Instagram page on Saturday to share a photo of herself in the caption of which she opened up on her ordeal.

“Please, to y’all sending n*des to my DM, kindly stop before I disgrace you publicly!” she wrote in the emoji-laden post.

“I don’t care about long d**k so y’all should stop harassing me. Somebody can’t even check dm in peace. Which one is 10 commandments of eating P**sy? Please y’all should avoid me.”

Bakare isn’t the first entertainer to publicly speak on her experience with fans who send unsolicited messages.

In April, Naira Marley had pleaded with some “random ladies” who were sending him unclad photos to stop doing so because he was “observing the Muslim fasting season.”

“Stop asking me if I’m fasting. Because it says if you are sick, pregnant, and have problems with your head or mad, those people shouldn’t fast, and I don’t fall into that category,” the controversial singer had said.

Charles Okocha, a Nollywood star, had also threatened legal action against an individual who shared a picture of his in which his torso was visibly edited out and merged with that of a unclad woman.