Some TV stations were reckless during #EndSARS protests -NBC insists 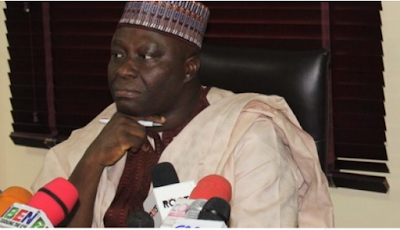 The National Broadcasting Commission (NBC) says it fined some broadcast stations over the coverage of the #EndSARS protests because they were “reckless”.

During an Arise TV programme on Wednesday, Armstrong Idachaba, acting director-general of the commission, said some of the broadcasters aired fake videos during the campaign.

The three stations were accused of airing “unverified images of alleged shooting.”

But many individuals and groups condemned the action of the NBC, accusing the commission of muzzling the free press.

Idachaba, however, said the commission’s decision was in order, saying “the onus is on the broadcaster to verify (any information aired), not on the regulator.”

“You are the one that owns the platform, you are the disseminator of information. The ethical burden is on you to ensure that before you churn out, you do your check.

“Rather than come up with facts of the issues, we began to see deliberate distortions, manipulated storylines, fake infusions and intrusions into the narrative, graphic presentations that rather than help to reduce the situation more or less aggravated.

“We saw spurious claims, misrepresentation of facts and these are in clear violation of the provision of the broadcasting code. We began to wonder at that time whether broadcasters have totally abdicated their ethical requirements.”

Asked how the NBC concluded that the videos broadcast were false as some had been verified, the acting DG responded, “it is out there in the public.”

“Some of the videos you showed, the footages that came out, some of the people they claimed died on the location came out to say they are alive,” he added.