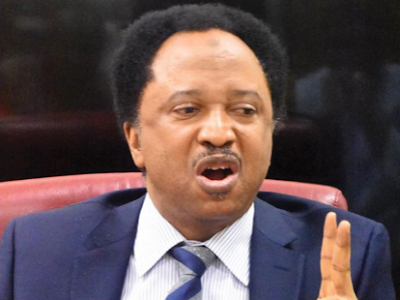 Shehu Sani, a former member of the Nigerian upper legislative chamber, has countered the corruption claims made against the former military head of state, General Yakubu Gowon.

Giving his reason for opposing the graft allegation, Sani said Gowon exited power without any evidence of wealth, adding that he has remained so for over four decades after power.

Recall that a member of the United Kingdom Parliament, Tom Tugendhat (Tonbridge and Malling) on Monday took a swipe at retired General Gowon.

During the debate on a petition on End SARS, Tugendhat accused him and the country’s leaders of corruption.

Decrying the situation in Nigeria, the lawmaker said: “One of the great countries is sadly being raked by violence against young people.

The former Kaduna central lawmaker tweeted, “The claim of ‘looting the CBN’ made by the British Minister for Africa as represented by Mr James Duddridge against Gen. Gowon is nothing but outright falsehood. Gowon exited power without any evidence of wealth and that remains, for over four decades after power.”