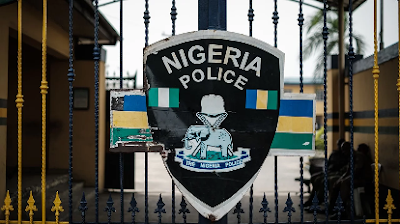 The Ogun State Police Command has banned the use of tinted glasses as well as unregistered vehicles or motorbikes, henceforth.

The police said it will begin to clamp down on anyone with tinted or unregistered vehicles or motorbikes from now on.

This is coming barely one day after the assassination of a lecturer DS Adegbenro ICT Polytechnic, Itori, Ogun State.

A statement by the Ogun police spokesman, Abimbola Oyeyemi, said “the command has observed with great concern, the reckless usage of unregistered vehicles and motorcycles across the State and the rate at which they are being used to carry out heinous crimes.

Oyeyemi confirmed that “the most recent coincidence was the assassination of an ICT lecturer who was blocked at Itori area by gunmen using unregistered Lexus jeep.”

“Meanwhile, Area Commanders and DPOs throughout the States have been directed to clamp down on those plying the roads with unregistered vehicles and motorcycles, and vehicles with tinted glasses without a permit.

“As an organization saddled with the constitutional responsibility of protection of life and property, the Command will not fold its arms while criminally minded individuals’ make life difficult for good people of the State.

“The Command will therefore do everything within its power and law to bring criminals to their knees, especially as we are approaching the yuletide season.”