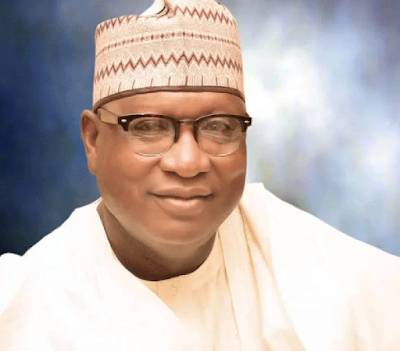 President Muhammadu Buhari has come under fire following his reaction to the kidnap and murder of the All Progressives Congress, APC, Chairman in Nasarawa State, Philip Shekwo.

Buhari, in a statement signed by Garba Shehu, his Spokesman, had said that the nation’s security system must do more to end the incidents of violence in the country.

The late APC Chairman was shot twice leading to his death. Police investigation is expected to determine if this was an assassination or kidnapping-related murder.

In his reaction to the tragic incident, Buhari, while commiserating with the family of the deceased, said: “I strongly condemn the killing of Philip Shekwo. He was kind and jovial. His contribution towards strengthening the party in Nasarawa State will not be forgotten. May his soul Rest in Peace.”

But his reaction didn’t go down well with some social media users who accused the President of having turned the country into a mourning nation.

Some of the reactions also called on the National Assembly to begin the impeachment process of Buhari.

Here are some comments that greeted the President’s reaction:

@Womanofvoice, “Can somebody who is close to Buhari ask him, what actually prompted his coming back to power after he failed woefully as the Military head of States in 1984/1985?”

@FadeyiTitus, “So he could comment on one dead politician but can’t sympathize with over 10 young youths killed for protesting within their circumference of right.”

@OtyJonah, “Well done Mr. Chief mourner. Continue mourning the blood of the Innocent. Any government that fails in securing the lives and providing welfare for its citizens is a failed government. Now weigh your performance and score yourself. As for me you have failed woefully.”

@Otsey, “This Buhari govt has turned a specialist mourner. It’s only under such a failed govt that 8 ASP will be abducted without any fight back from the govt. All this government does is mourn. What a SHAME.”

@hanameisarik, “Can the national assembly kickstart Buhari’s impeachment? I mean, in 5 years, this man has plunged us into 2 recessions. Insecurity is something else. Monies retrieved as loots have been stolen and achieved nothing. Corruption is still a menace with very weak institutions.”

@womanofvoice, “I have not heard the present Senate or House of Rep talk about impeachment. The insecurities & the level of corruption that have dried our economy is enough to impeach General Buhari out of Aso rock.”

@ReginaldOnyenwe, “”Do more”…what?! Your security agencies are very good at hounding down innocent and defenceless citizens but run away with their tails between their legs when confronted with terrorists. Keep ‘doing more’ looking the other way, when it concerns kidnapers and terrorists.”

@Abraham_onyeke, “A country where the president and the vice is just a spectator in the hands of criminals yet they are releasing Boko Haram back to the society @MBuhari @ProfOsinbajo @DrAhmadLawan @femigbaja you better fix the country when you all can and may his soul RIP.”

@FreedomRebelion, “How sad Nigeria has been turned into a docile nation where leaders only want to be heard and do not like to listen. What kind of leader sits in his residence and refuses to give a press briefing about the state of the nation. We will continue to observe as things get worse because our government lacks clues.”