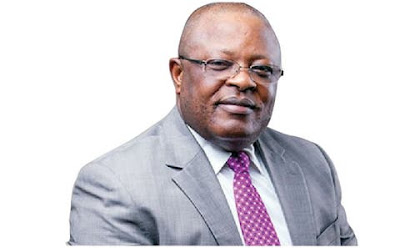 The Human Rights Writers Association of Nigeria, HURIWA, on Saturday cautioned the heads of security forces and the Armed forces against allowing themselves to be used for political witch hunt of leaders of the Ebonyi State chapter of the Peoples Democratic party (PDP).

HURIWA, a frontline activist group identified the PDP chieftains to include, the past and current National Assembly members.

The group also accused the Ebonyi State Governor, Dave Umahi of playing political pranks with serious national security issues by attempting to rope in some PDP chieftains into a phantom allegation of funding cultists to foment crisis in the state.

HURIWA spoke against the backdrop of Umahi’s accusations against some PDP leaders who refused to cross carpet to the All Progressives Congress, APC, with him.

However, a statement by the group’s National Coordinator, Emmanuel Onwubiko said Umahi should be called to order.

The Rights group said Umahi must be called to order so he does not muddy up and mess up the security forces still smarting from the monumental public image FIASCO created by their roles in shooting peaceful protesters in Lekki Toll Gate in Lagos on October 20th, 2020 which is already a matter of global concerns with Great Britain threatening to slam diplomatic sanctions on Nigeria for the violence unleashed by armed forces against peaceful protesters.

According to the statement, “The police and the military are still battling to clean up the bad image. Let the Ebonyi State governor not be allowed to drag the heads of the nation’s armed forces into partisan politics and thereby scuttling their professional and institutional pride of place.

“Umahi can not be the judge and prosecutor in his own case. He can’t be allowed to use what he even admitted to be fake news to accuse innocent Nigerians of sponsoring armed cultists to destabilize peace in Ebonyi State. Is he the Chief of defence staff or is he the Commander in chief of the Armed forces that he now determines who gets police security or not?”

HURIWA recalled that Umahi, on Friday alleged that one of his predecessors, Senator Sam Egwu, the former Secretary to the Government of the Federation (SGF), Senator Pius Anyim, and National Assembly members from his state who failed to cross over into APC with him were allegedly plotting to unsettle the peaceful atmosphere in the State.

The right group pointed out that Mr. Umahi who made the vow to ‘wrestle’ his political rivals to the ground while briefing journalists shortly after a meeting with all security chiefs in the state made the following speculative and fictitious accusations against the select PDP leaders: “I want the media to note that I reported an allegation that some Ebonyi people are engaging cultists and according to them, some IPOB members to start killings and crisis in Ebonyi State in the name of fighting Ebonyi State government and the governor.

“And their leader is Senator Anyim Pius Anyim and their members are Dr. Sam Egwu, Senator Obinna Ogba, Mr Ali Odefa and others.

“This is alleged information I got and I needed to share this information with the security agency. The reason is that every governor in the state has been fought by the same set of people and it is very interesting to know that the same senator Pius Anyim fought the former governor Egwu and many people were killed.“I am not saying that this information is true or not but I needed to raise an alarm because lives will be lost, I pray to God that this shouldn’t be true. And I have asked the security agencies to reach out to them.

“Finally, I have also directed security agencies to ensure the implementation of policies on tinted glasses of vehicles in the state. The use of a siren and then the police escort”.

However, the Rights group said the governor should be arrested after the expiration of his immunity for building on speculation to try to frame up charges of sponsorship of cultists against respected political leaders only because they insisted on the grounds of principle, equity, freedom of choice and Constitutional freedom of ASSOCIATION to remain in the PDP whilst the governor who got every political privileges and offices and positions courtesy of the platform of the PDP then decided against rational thinking to move over to the APC.

“HURIWA is calling on the Nigerian Police Force to keep Mr. Dave Umahi on their watchlist so he is taken in to defend why he had to frame up allegations as weighty as sponsorship of armed cultists against persons who refused to defect with him to his newly found political family of All Progressives Congress and these allegations even by his own admission were not even as credible as the cheapest tissues of beer parlour gossips. We want to remind the heads of the nation’s security Architectures that not too long ago, the Nigeria Police accuse two men of providing false information leading to search on Ekweremadu’s building. HURIWA also wishes to remind the heads of Nigerian Security that the Nigeria Police Force went on to arraign a 50-year-old man, Ahmed Echodo, for allegedly misleading the police to conduct a raid at a building belonging to the Deputy Senate President, Ike Ekweremadu.”