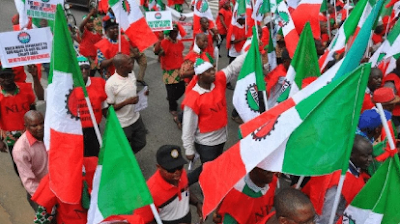 Niger State affiliate of the Nigeria Labour Congress, NLC, and Trade Union Congress, TUC have directed its members to embark on an indefinite strike effectively, 12 midnight Tuesday 1st of December, 2020.

The unions hinged the decision to proceed on the industrial action on the refusal of the Niger State Government to address issues raised by the unions.

This was contained in a press statement jointly signed by the state NLC Chairman, Comrade Yakubu Garba and Comrade Tanimu D. Yunusa, State Chairman, TUC, and made available to newsmen in Minna.

Some of the issues in contest include the refund of the slashed 30% of June and November 2020 salaries to civil servants latest Tuesday; December 1, 2020.

The unions also asked the Ministry for Local Government, Community Development and Chieftaincy Affairs to convene a meeting to conclude discussions on payment of outstanding October 2020 salaries of local government workers on or before Tuesday; December 1, 2020.

“And it is in line with the resolutions of the State Executive Council (SEC) meeting of Tuesday, November 24, 2020, and the harmonized position of the resolutions by various congresses of affiliate unions.”