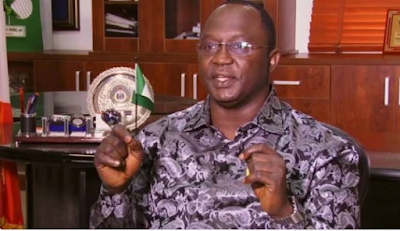 The Nigeria Labour Congress, NLC, on Monday broke its silence on recent hike in fuel price by the Federal Government, rejecting the move and called for immediate reversal.

The Petroleum Products Marketing Company (PPMC), a subsidiary of the Nigerian National Petroleum Corporation (NNPC), recently increased depot prices of petrol, directing marketers to sell the product to end users at between N167 to N170 per litre.

The NLC, in a statement issued by its National President, Ayuba Wabba said there is no doubt that there is great disquiet in the land over the extraordinary level of inflation in the country.

“The recent increase in the pump price of the Premium Motor Spirit (PMS) has only exacerbated the current level of pain and anguish in the country.

“The recent increase in the pump price of PMS is clearly against the spirit and content of what Organized Labour agreed with government at the last negotiations over the last fuel price increase.

“It has also cast in very bad light our utmost good faith with regards to government explanations that it lacks funds to continue bankrolling the so-called subsidy payments as such would sooner than later cripple the entire economy, throw the country into severe economic crisis and cause loss of jobs in millions,” he said.

Wabba said while the NLC awaited the full recovery of the nation’s refineries as contained in its agreement with government, Nigerians could not be made to bleed endlessly for the failures of successive government to properly manage our refineries, ensure value for money for the numerous Turn Around Maintenance (TAM) which were poorly and barely executed and the horrifying lack of interest in prosecuting public officials and private business people who have profited from the rot in the petroleum sector and the collective misery they have imposed on the general population.

“The truth is that we would not have been in this precarious situation if government had been alive to its responsibilities. There is a limit to what the citizens can tolerate if this abysmal increases in the price of refined petroleum products and other essential goods and services continue. While we fix our refineries, there are a number of options open to government to stem the tide of high prices of refined petroleum products. One is for government to declare a state of emergency in our downstream petroleum sector.

“As a follow up to this, government should enter into contract refining with refineries closer home to Nigeria. This will ensure that the cost of supplying of crude oil is negotiated away from prevailing international market rate so that the landing cost of refined petroleum products is significantly reduced.

“Government should also demonstrate the will to stamp out the smuggling of petroleum products out of Nigeria. We need to see big time petroleum smugglers arraigned in the court of law and made to pay for their crimes against the Nigerian people.

“Government has the resources available to it to ensure this economic justice to Nigerians. The question in the minds of many Nigerians is if government is willing to go headlong against major financiers of the major political parties known to the public as the architects of the current national woe,” Wabba added.

The NLC president said it should not be difficult to establish the average time it takes a petrol station to exhaust its supplies and that there is already an established market trend which would help government fix the rot in Nigeria’s downstream petroleum sector.

“We call on government to review the entire process of licensing for modular and bigger refineries. It is queer to depend on the enterprise of one man to fix Nigeria’s downstream petroleum sub-sector.

“The more public and private refineries in play the higher the competition. This would serve end consumers who would benefit from lower prices. Organized Labour will not accept a fait accompli of monopoly of Nigeria’s downstream petroleum sector or the emergence of a cartel of Oligarchs whose end game is mass pauperization.

“In line with our recent agreement with government, we will be receiving updates in the next few days from our unions in the petroleum sector which have been given the mandate to keep surveillance on government promise to overhaul our public refineries.

“We will also receive updates from our representatives in the electricity review committee. The updates we receive will determine whether the government has kept to its side of the bargain which is to take serious steps to recover and reposition our public refineries.

“The outcome of this engagement will determine our response in the coming days. But while we are at that, we condemn the recent price increase and we call for its reversal with immediate effect,” Wabba stated.