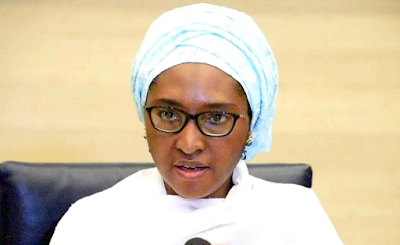 Nigerians have condemned the Federal Government’s decision to take a fresh $1.2 billion loan from Brazil, describing the decision as one that will leave the country indebted for years.

Some who strongly kicked against the Muhammadu Buhari administration’s penchant for increasing the nation’s debt profile now standing at over N31.009 trillion, called on the government to invest on its economy instead of borrowing from different countries.

The minister of finance, budget and national planning, Zainab Ahmed who made the request on Tuesday when she appeared before the house committee on finance to defend the ministry’s budget said the loan would be taken from the Brazilian government to provide funds for mechanised farming.

“It is a programme that is addressing the whole of agricultural value chain from mechanisation, production, processing and selling. It is meant to lend to businessmen for tractors, plants at all levels.”

The total public debt stock, which comprises that of the three tiers of government, stood at N31.009 trillion at the end of June 2020.

Reacting to this, some users on Twitter who are not pleased with loan decision said: @Kolapojones “How low can this gov’t go, soon to borrow from Benin republic. If we raise genuine concerns that Buhari gov’t is clueless and a failure they’d bring tribalism and northern theories. At this rate we would be paying debt for the next 100yrs.”

“You keep on collecting loan from China, France, Germany, Brazil and rest. Are we not richer than Brazil. Yet one person will seat on Billions of dollars, and you guys keeping on collecting loans for them to embezzled.God have mercy on us”

@khamisAbiodun “Ma, dont borrow anymore, we can cope. if you don’t want to live your life on borrowed budget, please dont borrow any money ooo. What are you borrowing for sef cos I know it is not as if you guys want to give us stable electricity or Standard stadium.

“After all d money u guys ve looted from d recovered looted funds, the COVID19 local n foreign intervention funds. It is not as if you guys will pay the ASUU and give us better medical facilities after you borrow the money. You guys will still loot borrowed funds. Fear God oooo“

@Livingstone “This is why, protest should never end in this country until this rubbish stops. we keep tweeting, they keep borrowing. peaceful public action is the only solution to this country. Our government actions incite violence.“

@kendo“Why all these borrowings? What happened to the previous borrowings and what did they used it for?.. No Job, No security, No money, No life, No food, No Electricity, No good roads, No hope and No Future… WHY BORROWING TO LOOT?“

@Oj-Ibiloye “Through the 1980s and 1990s, the Brazilian economy suffered rampant inflation and poverty. In 1994, the Plano Real was introduced, which brought stability and enabled Brazil to sustain economic growth. Today, Nigeria is seeking loan from a country that was poorer than Nigeria.“

@GeorgeBelcon “Funny government,sick & tired of the loans..we ave so many degrading and abandoned projects that could employ more youths & Nigerians if this loans where invested in it to bring it back to life to create jobs,ajaokuta steel mill,.forestry.refineries.real agricultural practice.etc“

@taadelodun “With Oil Revenue dwindling. We have been forced to keep borrowing. We squandered all the money from Oil boom Post 2008. Remember that Joseph story, we didn’t save when we had the 7 fat cows. The 7 thin cow season is here. We are $85 billion in debt already“