My biggest dream in life is to die empty- Ibukun Awosika 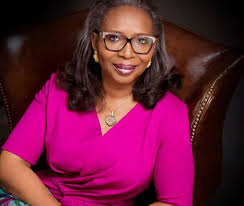 The Chairman of First Bank of Nigeria, Ibukun Awosika, has revealed that her biggest dream in life is to ‘die empty’.

While speaking at a private screening of Kunle Afolayan’s latest movie, Citation, which held at Terra Kulture over the weekend, Awosika noted that the last time she acted was when she was in secondary school.

The businesswoman who is known to be an author and a motivational speaker said, “I am a very adventurous individual and my biggest dream in life is to die empty, which means, every talent or gifting that I have, I must use. This was one that I could not have planned for but it had crossed my mind at some point in time remembering acting in secondary school, which was the last time that I acted by the way.

“The first time Kunle Afolayan approached me I had a good laugh because I thought it was a joke. Then he did a good job of encircling me, my husband, Folake, everyone that was around me so at a point, I said okay. Bring the script and let me know what this is all about.

“I am a person that does everything deliberately for a reason and for me, this is a cause that is worth fighting for. Beyond talking about things, whenever I find the opportunity to do more than the talking I will do it,” Awosika said.

Speaking on her experience as a first-time actress, Awosika hailed the Nigerian movie industry stating that it can be the best in the world. She further revealed her deal with Afolayan before she became a part of the project.

“I know many people that would watch this movie because I am in it. I received a thousand and one phone calls and messages after they went public. I have to ask to give applause to the team because one thing I learnt about the industry is the great discipline and understanding of confidentiality. We had a deal; nobody was meant to know that I am involved with the project until they go public with it and even though there were over a hundred people on set, they made sure that rule was set because those were my condition for taking part in it. When I think of how many people and the discipline because we took pictures and shared recorded messages but no one was meant to let anyone know that I was involved so that there would be no distraction and there was not a single leak until Kunle sent out his message.

“That for me is extremely impressive but more so, is the greatness within the Nigerian movie industry. The shared division of labour, the amazing discipline with which they do their work, the order in the different segment; never judge a man till you get in his shoes, that is the one lesson I learnt. I doff my hat. I encourage everyone to give respect to Nigeria’s Nollywood,” she said.