Mosques razed as crisis breaks out in Enugu town 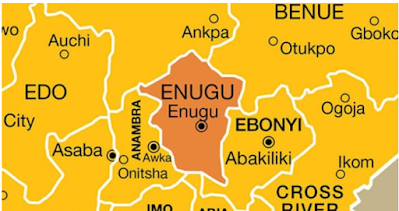 A mob razed two mosques and destroyed many shops in Nsukka, a town in Enugu state, during the weekend.

It was gathered that the incident sparked tension in the town which has been without crisis for a long time.

Trouble started brewing on Saturday when a tricyclist conveyed a businesswoman simply identified as Aisha to her shop around Barracks road in Nsukka.

The woman was said to have refused to pay the rider the agreed transport fare of N750, leading to an argument between the duo.

Witnesses said the woman subsequently called her brothers who arrived the scene and allegedly stabbed the tricyclist identified as Kelechi.

The development angered irate youth who vowed to “avenge” the beating of Kelechi already rushed to the hospital for treatment.

The mob immediately blocked major roads and began to destroy businesses belonging to their targets in the area.

They also proceeded to destroy two mosques, one for daily congregational prayers located not far from the University of Nigeria, Nsukka (UNN), while the second is the town’s central mosque.

The state or area police area command in Nsukka could not immediately be reached amid reports that many of the Muslims in the town ran to nearby police stations for safety.

Muhammad Yusuf, a Muslim leader in the area, told BBC Hausa that “most of us northerners are now in hiding in police custody, while many have already travelled to their states.”

“Most shops belonging to our people including mine have been burgled and our wares carted away. Many have been wounded though none is reported dead so far,” he was quoted as saying.

“In fact, more than 90% of Hausas have emigrated, the few of us are now hiding in police custody.”

In a statement, the Catholic diocese of Nsukka appealed to “all the sides in this agitated situation to remain calm but vigilant.”

Shehu Sani, a former senator from Kaduna, said the attacks “represent a serious threat to peace and stability of the country and a grand attempt to incinerate the country.”

“This act of provocation, incitement and arson must be openly and unambiguously condemned by all patriots and lovers of peace,” Sani said via a statement

“The perpetrators of the hideous and heinous act must be brought to book and the State Government must ensure the mosque is rebuilt.”