Messi ‘tired’ of being blamed for Barcelona’s problems 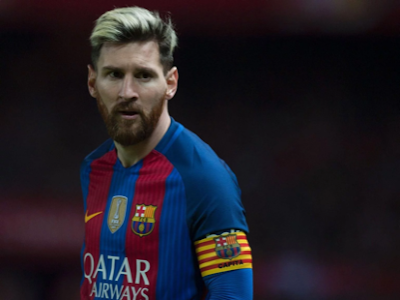 Barcelona captain, Lionel Messi, has said he is fed up with being blamed for the club’s problems.

This comes after Antoine Griezmann’s former agent, Eric Ohlat, accused him of running a “regime of terror” at the club.

Messi was met by a group of journalists at El Prat airport on Wednesday upon his return from international duty with Argentina.

The 33-year-old was asked what he thought about Olhats’ claim that he had too much control at the Camp Nou.

“I am tired of always being the problem with everything that goes on at this club,” Messi replied.

Griezmann has always insisted that his relationship with Messi is good.

But Messi’s latest remarks will only increase speculation that he could leave the LaLiga giants when his contract ends next summer.