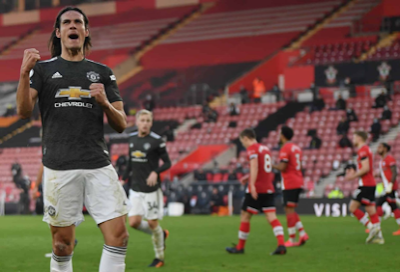 Manchester United striker, Edinson Cavani, will face a three-game ban from the Football Association (FA), if he is found guilty of using racist or discriminatory language on social media.

The FA is investigating the Uruguayan‘s social media post, which he sent after Sunday’s comeback win at Southampton.

Cavani used the phrase “gracias n******” to thank a fan who praised his two-goal haul.

The 33-year-old later deleted the comment, but could still face action.

The FA’s investigation will relate to Rule E3, which covers postings about a person’s ethnic origin, colour, race or nationality.

The rules also insists owners of social media accounts are solely responsible for any and all content posted. This includes posts by themselves or a third party.