Lampard fires back at Mourinho over EPL title claims 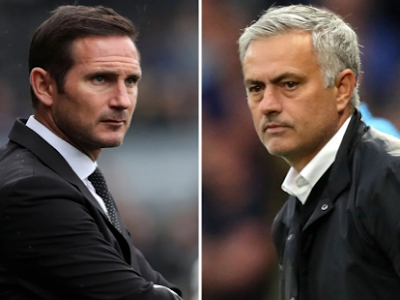 Chelsea manager, Frank Lampard, has disagreed with his Tottenham counterpart, Jose Mourinho, that they are not in the title race after the Portuguese coach described his side as “just a pony”.

Spurs remain top of the Premier League after a 0-0 draw between the two sides at Stamford Bridge.

Although Spurs maintained their position at the top of the table, after the game Mourinho claimed Chelsea were bigger contenders and his side were heavy underdogs.

But Lampard refused to buy Mourinho’s comments and sees Tottenham as a legitimate challenger for the title.

When told about Mourinho’s comments, Lampard replied: “It’s Jose’s call to say it how he sees it from his end. But from the outside they’re top of the league or very close to the top.

“If we’re contenders then they have to be contenders. I think if you’ve got Harry Kane and Son in your team – Son’s got nine goals, Harry’s got seven – they keep clean sheets well because of the organisation of their team, they would expect to be in the race.

“They’ve invested heavily, they’ve got people like Gareth Bale sitting on the bench, Dele Alli’s not here, there’s a strong squad there.

“So I think we’re all competing, but Jose can say it as he sees it.”