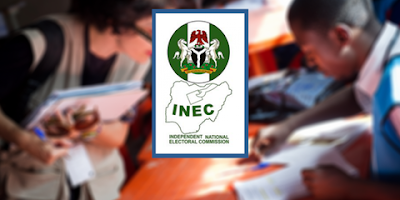 INEC Spokesman, Femi Akinbiyi, told the News Agency of Nigeria (NAN) in Lagos that the training was part of its preparations to ensure that the success of rescheduled bye-elections.

He said that the commission was determined to ensure free and credible elections that would be acceptable to all.

“We have already trained a set of SPOs (Supervisory Presiding Officers ) before the ENDSARS issue came up and truncated planning for the bye-elections earlier scheduled for Oct. 31.

“We have however organised a refresher training for these same SPOs at the weekend,” Akinbiyi said.

He said that another set of electoral officers would be trained towards improving the performance of personnel to be deployed for the elections.

According to him, the three-day training held across the five Local Government Areas in the state – Lagos East Senatorial District-Somolu, Kosofe, Ikorodu, Ibeju-Lekki, and Epe – would be rounded-off on Wednesday.

Akinbiyi said that the commission would be engaging National Youth Service Corps members in the elections.

NAN recalls that INEC on Nov. 12 announced the rescheduling of the earlier postponed National and State Assembly bye-elections in 11 states for Dec. 5.

The electoral body had shifted the bye-elections in Lagos, Bayelsa, Imo, and Cross Rivers indefinitely from Oct. 31 because of the violence that greeted the #EndSARS protests in some states.

Candidates of 12 political parties will be contesting in the Lagos East Senatorial bye-elections.