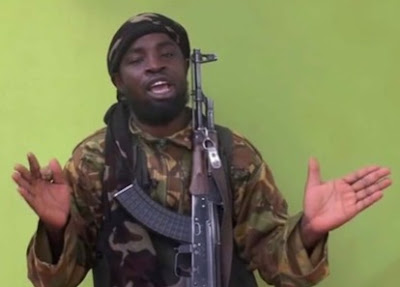 The leader of Boko Haram, Abubakar Shekau, has declared that he can’t be arrested.

Shekau explained that security operatives can’t arrest him because he was doing God’s work.

He made the declaration in response to reports of manhunt for him and his followers by the government.

The Nigerian Army had released 86 names, including that of Shekau as those wanted for terrorism in Nigeria.

All the names released are members of the Boko Haram sect.

However, Shekau, in his latest 30 minutes video, said God would protect him.

He also warned that the war against the government would continue even after him.

“Nobody can apprehend me because I’m doing God’s work. He will protect me like those doing similar work and seeking His protection.

“I’m very sure God will protect my commanders,” he said.