IGP orders cops to use ‘legitimate force’ against violent persons 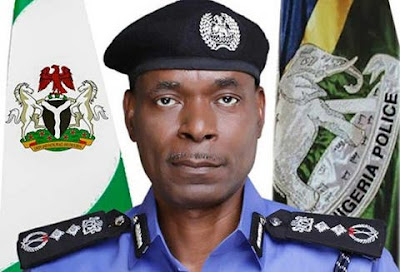 The Inspector-General of Police, Mohammed Adamu, on Saturday, ordered police officers in the country to deploy “legitimate force” in order to protect the lives and properties of citizens in the country.

Adamu instructed the cops to prevent further attacks on private and public assets that could be caused by “violent persons or groups operating under any guise”.

According to a statement by Force Spokesperson, Frank Mba, the IGP said he will not allow a recurrence of  the “attacks, killings, arson, wanton destruction, and looting of public and private assets witnessed during the recent violent protests in some parts of the country.”

The statement titled, ‘Resist All Violent And Riotous Elements Forthwith: IGP Orders AIG, CPS’, partly read, “The IGP restates that Command Commissioners of Police and their supervisory Assistant Inspectors-General of Police should resist all riotous elements forthwith and checkmate any form of violent/riotous protests in line with Section 33 (1) & (2) of the Constitution of the Federal Republic of Nigeria 1999 (as amended) which among other things provides for the use of such force as is reasonably necessary;

“For the defence of any person from unlawful violence or for the defence of property; In order to effect a lawful arrest or to prevent the escape of a person lawfully detained; or For the purpose of suppressing a riot, insurrection or mutiny.”

Adamu mourned the 51 civilian fatalities and the 22 policemen murdered during the protests.

He assured law-abiding citizens across the country of the Force’s renewed and unwavering commitment to their safety and security especially as we approach the yuletide.