I tried to kill myself two times - Tiwa Savage 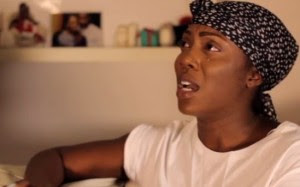 Nigerian singer Tiwatope Savage popularly known as Tiwa Savage has revealed in an interview with media personality Ebuka Obi-Uchendu that she tried to take her life twice in London, United Kingdom.

She said this during her interview with Ebuka on Bounce Radio while narrating her experience after moving to London at age 10.

According to Celia singer, she was bullied as a black kid by her classmates who mocked her strong Nigerian accent.

“I thought I was going for a holiday and I was supposed to go to the Air Force. I had enrolled and shaved my hair, then she (mother) said we have to quickly go to London for a vacation, and I was excited and bragged to all my friends,” Tiwa said.

“Then we got to London and she said ‘We are staying’ and it was freezing and was not what I expected. When I got to school it was horrible I will never forget. I was teased so bad. They used to call me ‘African girl’, ‘Fufu’, ‘Your food smells’ and so on. It was terrible. It was so bad that I literally tried to kill myself two times. I was really depressed,” she said.

The singer also revealed that she started singing at age 15 just to get the attention of a boy she liked in her class.

Watch the interview below;