I admit, terrorists control many parts of Borno – Governor Zulum 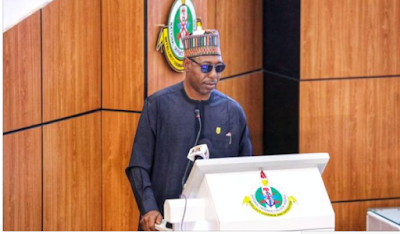 Borno State Governor, Professor Babagana Umara Zulum, on Sunday, admitted that the dreaded Islamic sect, Boko Haram exists in many parts of the state and are threat to over six million people in the state.

The governor said the presence of the deadly sect still holding on Sambisa forest and the Lake Chad regions in northern Borno is worrisome.

The governor, who was speaking to farmers and fishermen after he attended the burial of 43 farmers killed by the insurgents on Sunday, said though his administration has launched a security outfit called ‘Agric -Ranchers’, which comprise military, paramilitary and members of the Civilian Joint Task Force and local Hunter, there is the need for collective responsibility especially from the parts of the Federal Government.

He also said governments of border countries of Chad, Niger and Cameroon Republic should work with the Nigerian government to address the lingering crisis in the region.

The governor lamented with regret the escalating killings perpetrated by armed insurgents in some parts of the state and assured that his administration will soon recruit additional Civilian Joint Task Force to complement efforts of the security operatives in the fight against Boko Haram.

“What happened in Koshobe community yesterday, is very sad and I can admit that the dreaded Boko Haram sect are still existing strongly in many parts of our state,” Governor Zulum said.