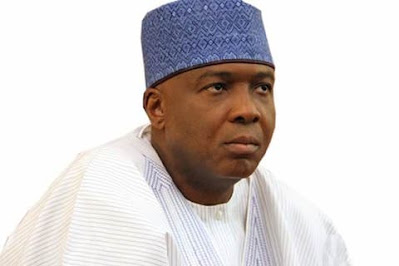 An aide to former Governor Bukola Saraki has lambasted the Kwara State Governor, Abdulrahman Abdulrazaq, for promising to revoke a law that guarantees life pensions and other privileges for former governors.

However, Abdulganiyu Abdulqadir, the Press Officer, Local Matters to Saraki, said the law had been revoked since 2018.

In a statement on Friday, Abdulqadir advised the Kwara State government to always check its records before copying policies from other states so as to avoid embarrassment.

He said former Governor Abdulfatah Ahmed had stopped the payment of pension to ex-governors and deputies since Feb 2018, which was 33 months ago.

Abdulqadir said, “It is worrisome how politics is clouding the judgement of the present administration under Governor Abdulrahman Abdulrazaq and making it become desperate to score cheap political points, not minding the embarrassment it is causing the good people of the state.

“It would be recalled that in February 2018, the Kwara State House of Assembly revised the law and abolished payment of the pension, a move that was publicly hailed by then Senate President, Dr Bukola Saraki.

“Since the review of the law in 2018, Saraki has stopped receiving any pension from the state government. These are verifiable facts that are in possession of the Kwara State Government. If there is any contrary information to this, we urge the incumbent governor to inform the public.

“It is now worrisome and an embarrassment to all Kwarans that a law that has since been repealed in the state is the same law Governor Abdulrahman is claiming that he intends to abolish. Must this administration copy everything from Lagos word for word?”