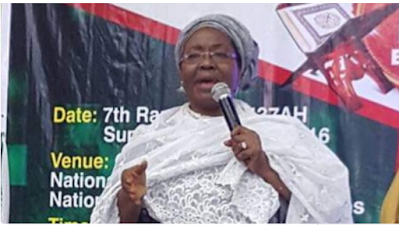 Sinatu Ojikutu, a former deputy governor of Lagos between 1992 and 1993, says ex-governors and their deputies who served before 1999 never benefitted from the pension law 2007 of the state.

The revelation comes after Babajide Sanwo-Olu, the governor, made a move to abolish the pension and entitlements of former governors and their deputies.

Babatunde Fashola, minister of works and housing, had earlier denied being a beneficiary of the pension package.

Fashola who governed Lagos state between 2007 and 2015, noted that he took the decision because he was “conflicted morally” about it, adding that the real privilege of being a governor was to serve the people.

The former governor had said about N357,000 was credited to his salary account monthly and that he has asked the state government to explain what the money is meant for.

“I know that there was some credit they sent, about N357,000, to my account every month and I have asked them to explain what it is for, but the money is there in my salary account,” he had said.

But speaking with THISDAY, Ojikutu said Lateef Jakande, Lagos governor in 1979, and Michael Otedola, who governed between 1992 and 1993, and their deputies were not beneficiaries of the pension package.

Ojikutu reportedly said she raised the issue with Fashola’s administration but was told that she and other elected governors and their deputies were not eligible for the emolument.

Ojikutu said “it was necessary to make this known” to correct the “the wrong impression created” that all former elected governors and their deputies were beneficiaries of the pension package.

“Pa Lateef Jakande was not bothered. But both myself and Chief Rafiu Jafojo fought for our rights. We were not successful,” she was quoted to have said.

“Fashola told us that only governors and deputies from 1999 were eligible to benefit from the pension package.

“They cut off Jakande and Otedola. Can you imagine that? All efforts by Jakande’s deputy, Chief Jafojo, to be included failed until the old man died.”

She, however, noted that Kofoworola Bucknor-Akerele, a former deputy governor to Bola Tinubu (1999 to 2007), successfully had her name included in the pension scheme after a legal battle.

Ojikutu lamented that she had not earned any pension despite working for the Lagos civil service for years.

“I started working with the system in 1966, soon after secondary school, but because I moved from one service to the other, the years were never accumulated. So, I have not gotten anything from the system,” she said.

She added that after much pressure, Akinwunmi Ambode (Lagos governor from 2015 to 2019), later agreed to include them in the system but was unable to finalise the process before he left office.