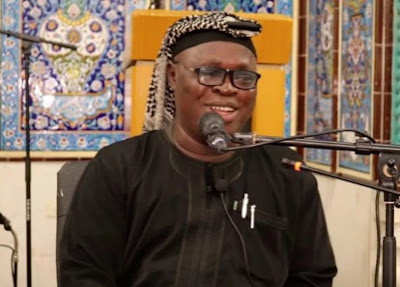 The government of Benue State has approved Friday as a work-free day.

This is one of the measures aimed at cushioning the effect of COVID-19 in the State.

This is to enable civil servants in the state to harvest their farm products during the period.

In its reaction to the development, the Nigerian Islamic human rights organization, the Muslim Rights Concern (MURIC), which has been in the forefront of the campaign for a workfree Friday, welcomed the three-month moratorium.

MURIC described it as a half measure and a temporary relief for workers in Benue State.

In addition, the group called on Northern governors and legislators to leverage on the directive by declaring workfree Friday throughout the year.

According to MURIC, “The hypocrisy of Muslim-haters has been exposed by the action of the Benue State government. Our critics claim that there would be confusion if Friday is declared a workfree day.

“But a whole state has gone ahead to declare the day free and heaven has not fallen in Makurdi. Though the state government’s intention has nothing to do with allowing Muslims to worship, it has served as a reference point. What it implies is that a workfree Friday is possible if the political will is there.

“The freedom of Nigerian Muslims is in the hands of their political leaders. Nobody is going to set them free until they are ready to break the shackles with their own hands. What is good for agricultural bumper harvest is good for robust spiritual fulfilment.

“It is also a wakeup call for Muslim the youth to go into politics in large number. The destiny of nations is shaped by politicians. Muslims who fail to participate in politics will be ruled by politicians who hate Muslims.

“MURIC calls on Nigerian Muslims to open their eyes very wide. Muslim families are scattered like wild oats every Friday. The father is working in the office while the mother is teaching in a school at a distant location. The children are learning in separate schools

“The Muslim family cannot attend the same mosque together on Friday. Meanwhile Christian families go to the same church together and listen to the same sermon on Saturday and Sunday. This situation has far-reaching effects on spiritual development.

“What MURIC is saying, in essence, is that Nigerian Muslims are seriously shortchanged in the system and there is need for redress. The Northern states where Muslims are in overwhelming majority must wake up to this reality. The Federal Government (FG) is not ready to listen even though we have been on this campaign since 1993 when the director of MURIC published his 135-page book, entitled ‘The Friday Question’.

“A system that gives Christians two days (Saturday for Seventh Day Adventists and Sunday for other Christians) but gives nothing to the Muslims cannot be described as fair or just. It is a contravention of the law of natural justice. Two out of seven days per week for Christians and nothing for Muslims is grossly unfair.

“Mathematicians should put that together. It means Nigerian Christians are given 104 days out of 365 days of every year to worship their God. That is a whopping 28.57%! But the Muslims are given nothing. Yet our neighbours shout to high heaven that Nigeria is Islamised and the cry of ‘Islamisation’ rents the air.”