For many youth, Buhari represents a corrupt generation of politicians with little to offer -MI 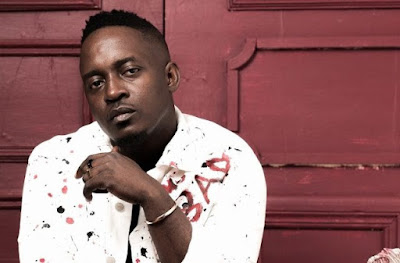 Jude ‘MI’ Abaga, a rapper, says for many young Nigerians, President Muhammadu Buhari represents an old and corrupt generation of politicians that have little left to offer the country.

The rapper put his thoughts on the unrest that trailed the recent nationwide #EndSARS protest into words in an opinion article on Aljazeera.

On October 20, the Nigerian army had opened fire on unarmed protesters who had stationed at the Lekki toll gate in Lagos for nearly two weeks in a movement against the brutality and extrajudicial killings by the now-disbanded special anti-robbery squad (SARS).

There have been conflicting reports on the actual casualties after the shooting which has continued to attract global condemnation.

In the piece, published on Wednesday, the 39-year-old rapper described the #EndSARS campaign as “a monumental moment in the history of Nigeria”.

According to him, the protesters were struggling against a government that is “willing to kill you and then blame you for your own death.”

“On October 11, the government pledged to disband SARS, but we have heard similar promises before. In fact, there is every chance the situation could escalate,” Abaga wrote.

“In his address to the nation, President Muhammadu Buhari refused to even acknowledge the massacre in Lekki.

“For us protesters, it is clear that we are fighting against a government that is willing to kill you and then blame you for your own death. The authorities are intent on creating chaos as a pretext to intensify their crackdown.

“One politician has even tried to whip up ethnic hatred – suggesting that the demonstrations are the South trying to plan a coup. This is a monumental moment in Nigerian history.

“For many young people, President Buhari represents an old and corrupt generation of politicians that have little left to offer the country.

“This is the moment where previous generations of Nigerians were on the cusp of change but decided to sit back, fearing a violent backlash, or that there were not enough of them. I understand it, but we are ready to push on.

“Like many Nigerians, I was watching the events unfold on social media. When I saw a video of the father of one of the victims mourning, I started crying uncontrollably.

“As a musician, I have spent much of my life touring and in the recording studio. The past few weeks, however, have opened my eyes. Thankfully, millions of other young people feel the same.

“The catalyst may be the pandemic – people have been locked up so long that their anger has finally boiled over.”

"For many young people, President Buhari represents an old and corrupt generation of politicians that have little left to offer the country." — writes @MI_Abaga for #AJOpinion. https://t.co/erf7hbpdnS

In the piece, the singer also shared his personal experience with the now-disbanded police unit.

“Almost everyone in Nigeria has a story about SARS abuse, including me. In June this year, a friend of mine was arrested after breaking curfew to buy medicine for his ill wife. He called me for help,” he wrote.

“I went to see him with a police officer friend of mine, hoping his job and my fame could offer some protection.

“When we arrived at the scene, SARS officers had stopped close to 30 cars and confiscated everyone’s phones so they could not call for help.

“We saw how officers blatantly planted drugs in one of the cars, and then made everyone else line up at a nearby ATM to take out anything between $3 and $50 cash for their bribes.”