Everybody knows US election was rigged – Trump 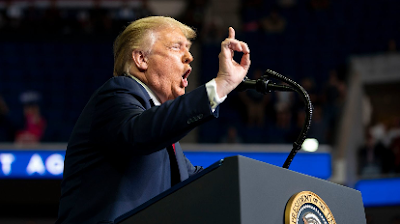 On Monday, the Republican declared that the November 3 poll was perhaps the least secure in history.

Trump stated that Biden could not have gotten more votes from Black people than his predecessor, Barack Obama.

In a tweet, he boasted that big things are happening in various litigations filed by his camp.

“Everybody knows it was Rigged. They know Biden didn’t get more votes from the Black community than Obama, & certainly didn’t get 80,000,000 votes. Look what happened in Detroit, Philadelphia, plus!”

In another tweet, the American leader insisted there was a high number of missing mail-in ballots.

“Our 2020 Election, from poorly rated Dominion to a Country FLOODED with unaccounted for Mail-In ballots, was probably our least secure EVER!”, he wrote.

Trump’s repeated claims of irregularities have not been proven or validated by any court.

The President has promised to leave the White House if the Electoral College certifies Biden’s victory.