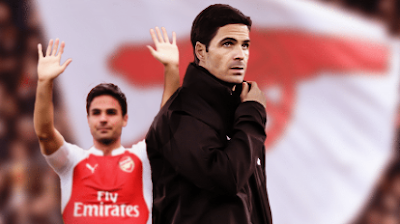 Arsenal have added three of their most talented young players to their Europa League squad this season.

Gunners boss, Mikel Arteta, stirred controversy when he left out Mesut Ozil and defender Sokratis Papastathopoulos from his 25-man squad for the competition.

UEFA rules stipulate that only 17 members of the squad could be “non locally trained players”, leaving Ozil and Sokratis as the two odd men out.

But in addition to those remaining eight ‘locally trained’ players that Arsenal could include in the initial squad, clubs are also allowed to include a ‘B list’ of youngsters that they can can call upon.

UEFA state that: “A player may be registered on List B if he is born on, or after, 1 January 1999 and has been eligible to play for the club concerned for any uninterrupted period of two years since his 15th birthday (players aged 16 may be submitted if they have been registered with the club for the previous two years).

“Clubs are entitled to register an unlimited number of players on List B during the season, but the list must be submitted by no later than 24:00CET the day before a match.”

The Gunners face Norwegian outfit Molde at the Emirates Stadium on Thursday and Arsenal’s squad section on the UEFA website now shows defender Zane Monlouis and midfielders Omari Giraud-Hutchinson and Charlie Patino as members of the group, on the B list.

All three players have been involved with Arsenal’s under-18s this season, and could now be eyeing their senior debuts later in the Europa League group stages.