EPL: Arteta reveals what Arsenal need to challenge for title 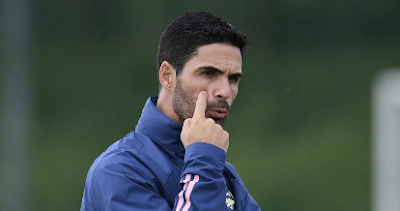 Arsenal manager, Mikel Arteta, has said the club will need multiple transfer windows, “at least”, before they can mount a proper challenge for the Premier League title.

The Gunners have not finished inside the top four since they wound up as runners-up to Leicester City in 2016 under Arsene Wenger.

Last season’s eight-place finish represents their worst result for 25 years in the top-flight.

Arteta was brought in last December to replace Unai Emery and try to revive fortunes at the Emirates Stadium and he guided the club to an FA Cup triumph in August.

Yet having failed to even secure Champions League football for the past four seasons, the task of transforming Arsenal back into genuine title contenders looks to be a sizable one, with just one win in their last five league games.

Arteta has, however, admitted it could be a matter of years before his side reclaim their former standing.

“That [will] take a few windows at least to do that,” he told Sky Sports when asked how long it could take his team to complete such a turnaround.

“To establish yourself to compete at the level of certain clubs in this league, which is nearly 100 points, it takes time.”