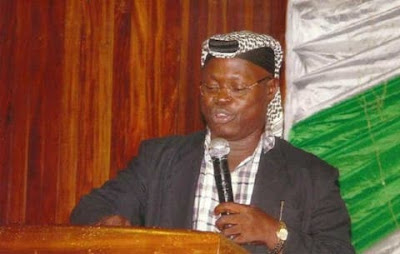 The Muslim Rights Concern (MURIC) has cautioned Nigerians, especially the Muslim faithful against any new protest.

MURIC Director, Prof. Ishaq Akintola, said this in a statement on Monday in Lagos.

“The attention of MURIC has been drawn to subterranean rumblings as precursors of demonstrations.

“We like to remind Nigerian Muslims in particular and all citizens in general that the last experience we had during #EndSARS protests was very bitter as it pushed the country to the edge of the precipice.

“Protests are legitimate as long as they are peaceful but the last one was hijacked, there is undisputable evidence showing that funds for the protest were provided by people who lack integrity and whose sources of income lack credibility.

“These are people who have been engaging in criminal activities and their topmost wish has always been to get rid of all signs of law enforcement agents,” he said.

Ishaq said that he expected the protests to abate the moment government accepted all the five demands made by the protesters but expressed regret that that did not happen.

“The demands were expanded until they became frivolous, ridiculous and irrational.

“The ensuing destruction of property during the protest was too massive, enough to discourage another protest so soon.

“Hoodlums have been allowed to destroy facilities that coming generations should enjoy.

“It is for these reasons that we are calling on Nigerian Muslims in particular and other citizens in general not to join any new protest. Enough is enough!” he said.

According to him, the Qur’an commands Muslim faithful to join hands in righteous deeds, not for aggression and destruction.

“It says, ‘Join hands together in good deeds and piety. But do not join others to commit sin and aggression’ (Qur’an 5:2).

“This is a clear injunction directed at Muslim faithful and it is enough for them to steer clear of any new protest.

“We should not allow anyone to deceive us into joining a rudderless protest again,” he said.

Ishaq, therefore, advised Muslim faithful and, indeed, every right thinking Nigerian to stay away from any meaningless strike.

“The last demonstration has taught us a bitter lesson, namely, that it is difficult to know the true intention of any protest. They may start peacefully but graduate to violent outings,” he said.