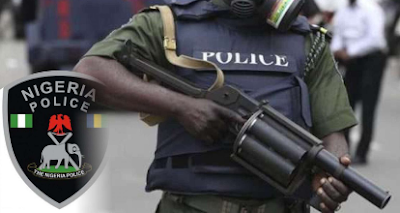 The Lagos State Police Command lost no fewer than 100 rifles during the End SARS crisis in the state.

A top ranking officer who worked in one of the police stations in area F of the Command disclosed this in a short chat with newsmen.

The officer who wished to be anonymous, however, commended the State Police Commissioner, Hakeem Odumosu for making efforts to recover the weapons.

He disclosed that some of the weapons have been recovered from some of the hoodlums who attacked police stations.

“About 100 riffles were stolen from the Lagos State Police Command.

“The weapons included some of those the police was formerly using and those given to NDLEA operatives.

“The Commissioner has made a lot of efforts which has led to recovering the weapons, though some are still missing,” the source said.

When newsmen contacted the Lagos State Police Command, SP Olamuyiwa Adejobi, however, said he was unaware of the report.

“I’m not aware of such report, thank you,” Adejobi said.

Recall that the Lagos State Police Command suffered serious hit in the wake of the violence that occasioned the End SARS protest.

Several police stations were burnt down while some officers were reportedly killed during the incident.