#EndSARS: Lagos Assembly to include compensation for victims in 2021 Budget 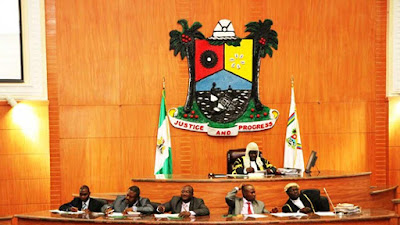 The Lagos State House of Assembly has vowed to include compensation to End SARS victims in the state’s 2021 Budget presently before the House.

Mr Wasiu Eshinlokun-Sanni, the Chairman, House Ad Hoc Committee on the Victims of aftermath of the End SARS protest in the state, made the disclosure at the end of its 3-day public hearing on Friday in Lagos.

Eshinlokun-Sanni, who is also the Deputy Speaker, promised that the compensation would come as early as possible.

Recall that the Speaker, Mudashiru Obasa, had constituted a nine-member committee last month to investigate the level of destruction of property and loss of lives as well as to determine compensation for the victims.

“If your property is insured, LASACO is here to assist you. We’ll do our best to ensure that you’re well compensated,” Eshinlokun-Sanni.

“We’ll also make budgetary allocations from the 2021 budget for compensation to be paid. We’ll do our best and assist you in our own way.

“We want to perform our duty and identify with you about the incident.

“It’s the duty of the government to intervene in such situations. You’ll soon hear from us about the money we want to give you.”

He added, “Governor Babajide Sanwo-Olu spoke about the issue and went to the president to present the demands of the protesters, and they were accepted.

“SARS was disbanded, and the government started the process of police reforms. But hoodlums hijacked the protest and started looting, maiming and started burning assets.”