#EndSARS: CBN is no expert on terrorism, says APC chieftain 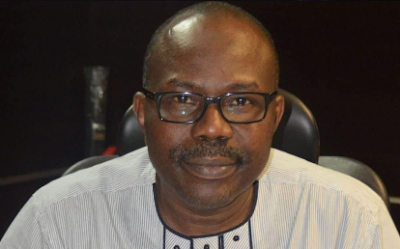 The Former Chairman of Asset Management Corporation of Nigeria and APC Chieftain in Lagos, Muiz Banire, on Sunday described the freezing of bank accounts of End SARS promoters by the Central Bank of Nigeria as “meddlesome interloper.”

Banire, who served as commissioner for transportation under former governor Bola Tinubu said that the Apex bank had no powers to investigate crime.

Banire in a twitter thread on Sunday also described the action as “abominable and reckless.”

He added that such powers vested in CBN is unconstitutional and questionable.

“CBN is not a crime investigation department and constitutionally cannot investigate crime. That being so, it cannot be freezing people’s accounts on ground of any suspected crime. The Bank is the examiner of commercial bank accounts and not individual’s accounts.

“Obtaining ex parte order to enquire and investigate private accounts is certainly beyond its brief. What is the function of Nigeria Financial Intelligence Unit?

“What expertise does the CBN have in investigating terrorism and other crimes? The Bank remains in recent times a meddlesome interloper in affairs that do not concern it. In my strongest view, I believe, all Nigerians must rise up against this power being arrogated to the Bank,” he said.

Banire also faulted the government for the Lekki Tollgate attack, noting that the attack was “unprovoked.”

“There was a curfew that had not matured before attempt at dispersal of the crowd through firing, whether blank or no blank took place.

“They provided their own security, even while thugs allegedly sponsored by government attacked them. The attack of 20th October, 2020 at Lekki was certainly in my humble view unprovoked.

“These range from the premature and probable premeditated invasion, through the state-promoted miscreants to the economic suffocation and frustration of the people,” he added.